Two other official documents from the City of Zdanice about the observatory.
The documents are dated 1999 and 2000 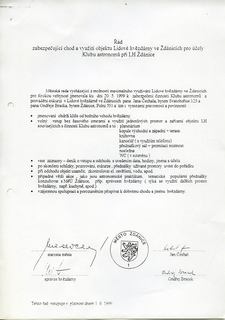 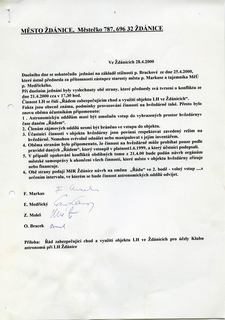 To understand this documents there is some history needed.
In 1958 the idea was launched to build the observatory in the town of Zdanice.  Zdanice is in South Moravia, between Brno and Vienna.
At that time Zdanice was a small town.  The national communist party agreed with the observatory project under condition that the people of Zdanice build the observatory themselves.
The labor unions paid 75% of the building material.

It wasn’t a Public Observatory but a Peoples Observatory and cultural center.  The only library and movie theater in a region of about 25km.

On the Czech Astronomy Forum there is a lot of discussion about the closure of the building and me buying the inventory.
The discussion is how it comes that the Czech State and the City of Zdanice didn’t took care of the observatory?
This documents prove that the city did everything they could but the observatory and the hotel were to big for a small city as Zdanice.

The observatory is the victim of the transition from communism to capitalism.
Also there are a lot of observatories in the Czech Republic with more modern equipment.  Nearby there is the beautiful observatory of Brno.
The old Observatory of Zdanice didn’t have any added value.